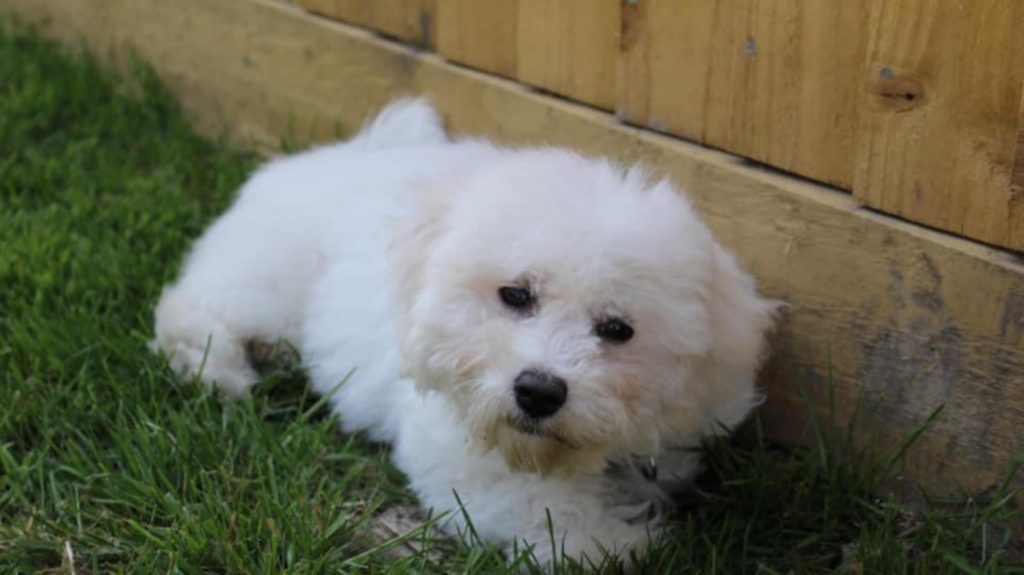 PIP HAS BEEN ADOPTED

WILL NEED TO BE RE-HOMED WITH AT LEAST ONE RESIDENT DOG.

Pip is a loving little pup; he shows his love by giving you licks and kisses. He will follow you around like a little shadow and loves to play with other dogs.

People: Pip will be unsure to begin with but will soon come round and show you affection. He loves sharing his kisses around. He does lack confidence and can be nervous when being picked up, an understanding and patient home is a must, Pip loves being brushed and has been bathed with no issues.

Can live with children: Not tested

Can live with cats: Not tested

Can live with other dogs: Pip is amazingly comfortable around the other dogs in his foster home and will instigate play himself. Pip is nervous when going out for a walk but soon gets into it he hasn’t interacted with other dogs while out yet due to the current situation.

In the home: Pip has settled in well at home and is getting better with house training. He currently sleeps upstairs in a dog bed or on the bed. Pip has not used a crate at present, Pip can be destructive and his favourite past time is chewing things he should not, He is encouraged to choose an antler or squeaky toy instead though. Pip loves his food and will clear his bowl in seconds, He is not aggressive when eating but will try and help himself to the other dogs food so is currently fed separately.

Out and About: He is nervous to start with but soon relaxes and enjoys his outings.  Pip travels well in the car and eventually he falls asleep.

Type of Home: Pip will need a home with at least one resident do to help him build his confidence and teach her that life can be exciting. We would prefer an active family as Pip loves being outside and exploring, the more confident he gets the more he wants to be outside learning about the big wide world.