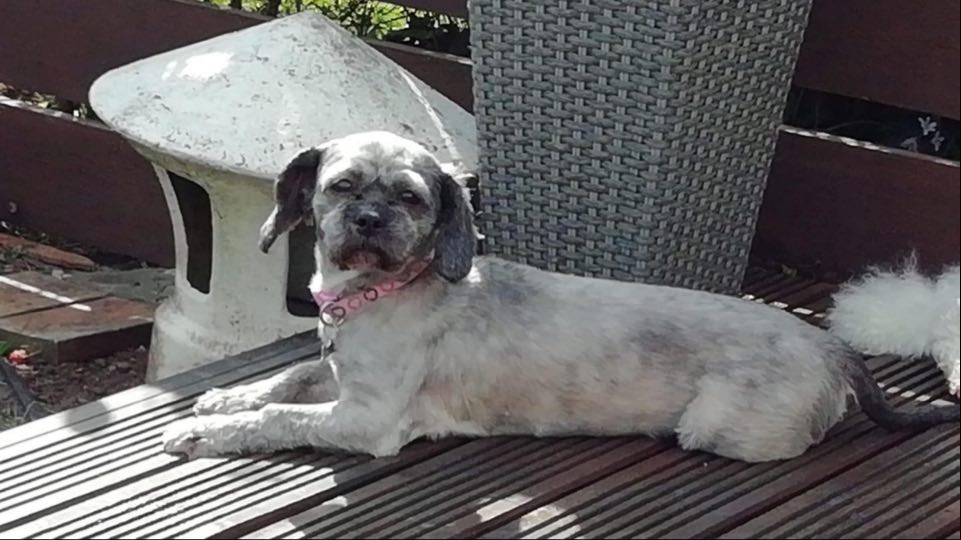 GILLY HAS BEEN ADOPTED

Gilly is a frightened little girl who is adapting to the big wide world at her own pace. She slept in a crate for a week but has made the transition to a dog bed. Gilly sleeps soundly at night but will wake as soon as someone moves or if she hears a noise, she’s unsure of this can cause her to bark but not for long as she’s only just found her voice.

People: Gilly is still in the early stages of her recue journey and although she is making positive steps forward every day, she still has a long way to go. She will need time and patience from her new humans.

Can live with children: Not tested.

Can live with cats: Gilly lives with a cat in the foster home and is not interested at all.

Can live with other dogs: Gilly absolutely adores other dogs for company and will follow them like a shadow, which is helping her learn about toileting in the garden. Gilly loves to cuddle up to another dog while sleeping, she will need at least one resident dog in her new home for company and reassurance.

In the home: Gilly will jump up on the sofa with no hesitation , she is slowly getting used to household noises but will bark if she unsure of something, house training is ongoing.
Gilly starts off in a dog bed to sleep but ends up on her humans bed with the other dogs. She is crate trained but doesn’t use one at the moment, Gilly has no interest in toys but hopefully this will change as her confidence grows.

Out and about: Gilly has not been out on walks yet.

Type of home: Gilly is looking for a home where someone is around most of the day and there is at least one resident dog.  She will need a quiet patient home that’s willing to work on her confidence but also lets her progress at her own pace.

Gilly is up to date with her flea and worming treatment but due to lock down restrictions she is awaiting second vaccination and neutering.