Morag has come a long was since she first arrived with us. 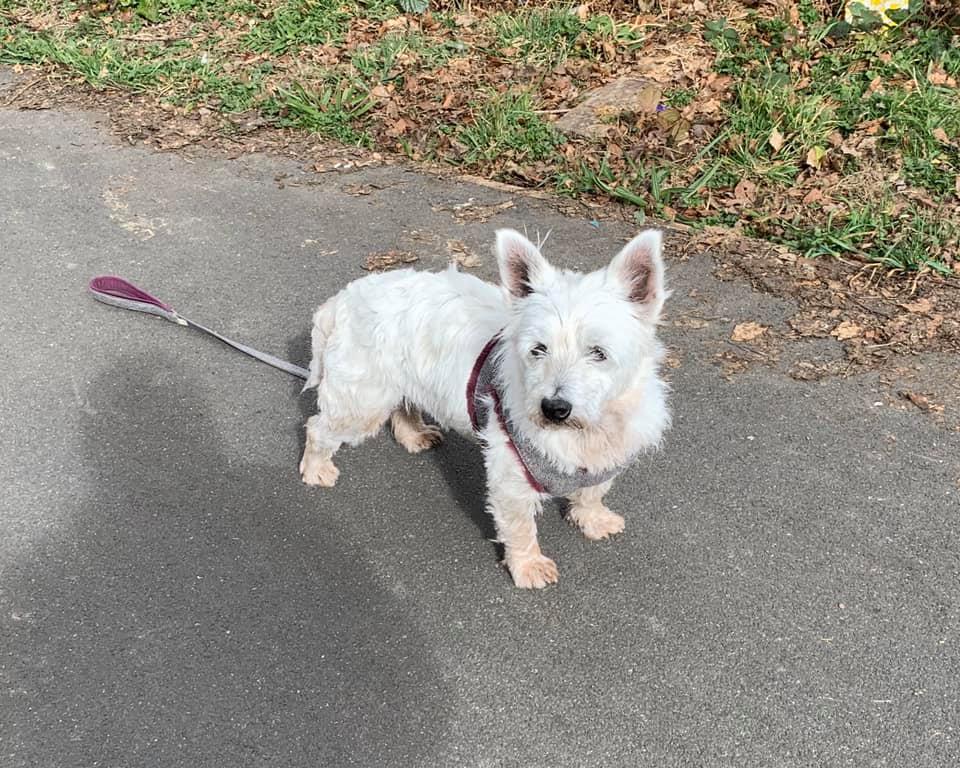 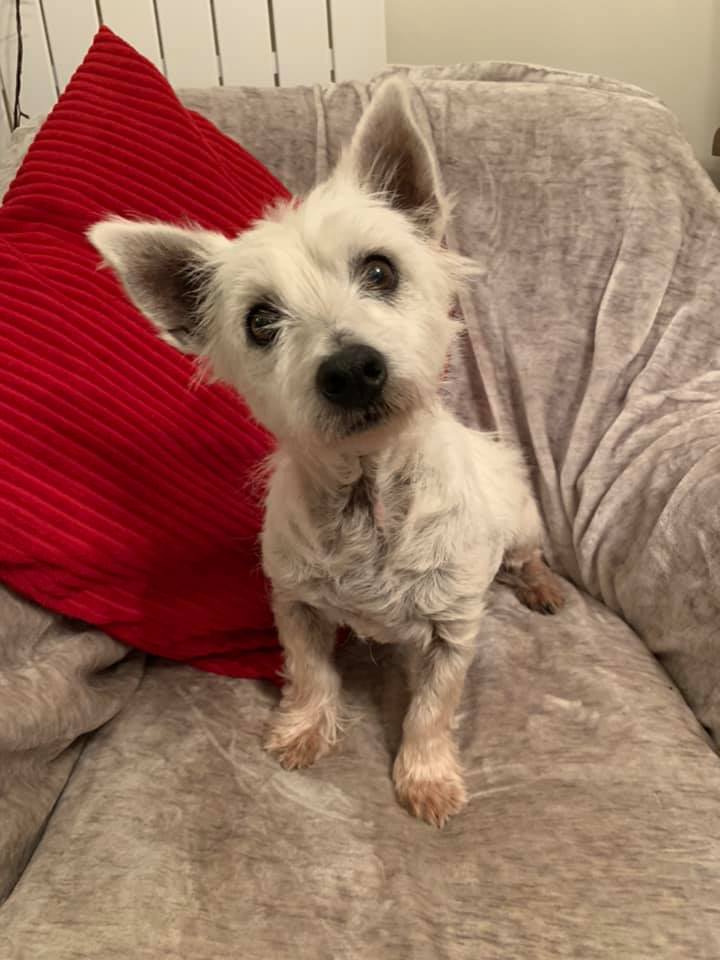 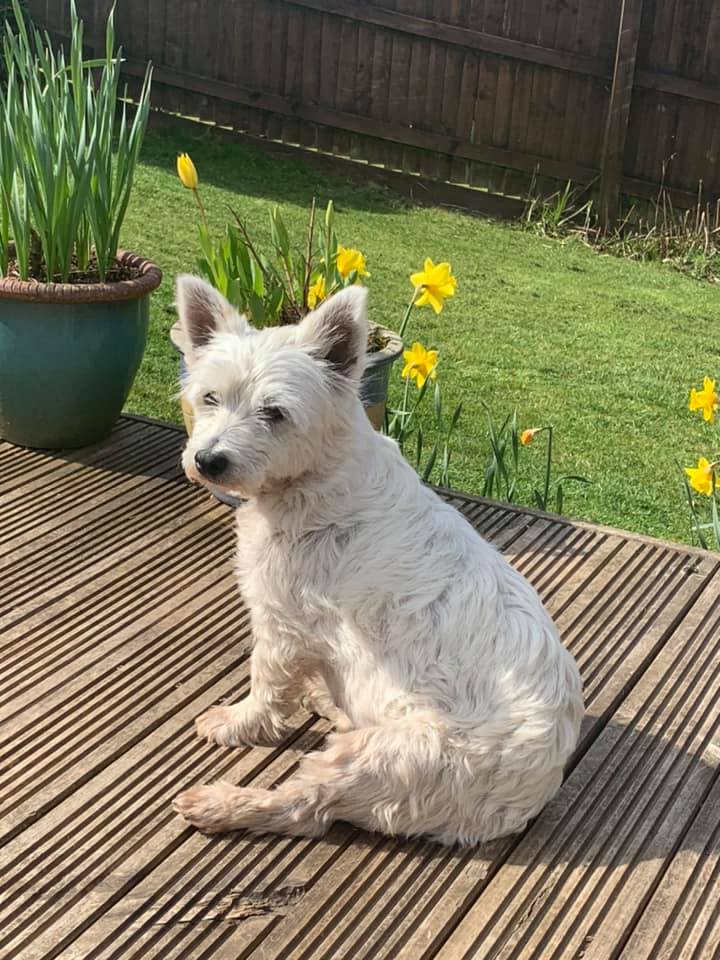 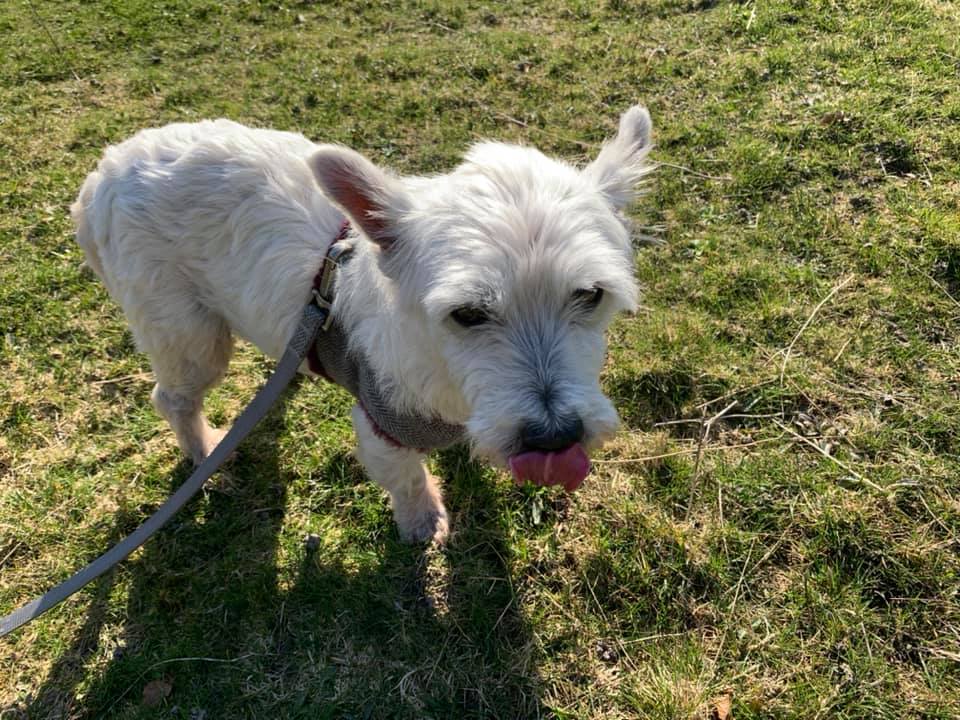 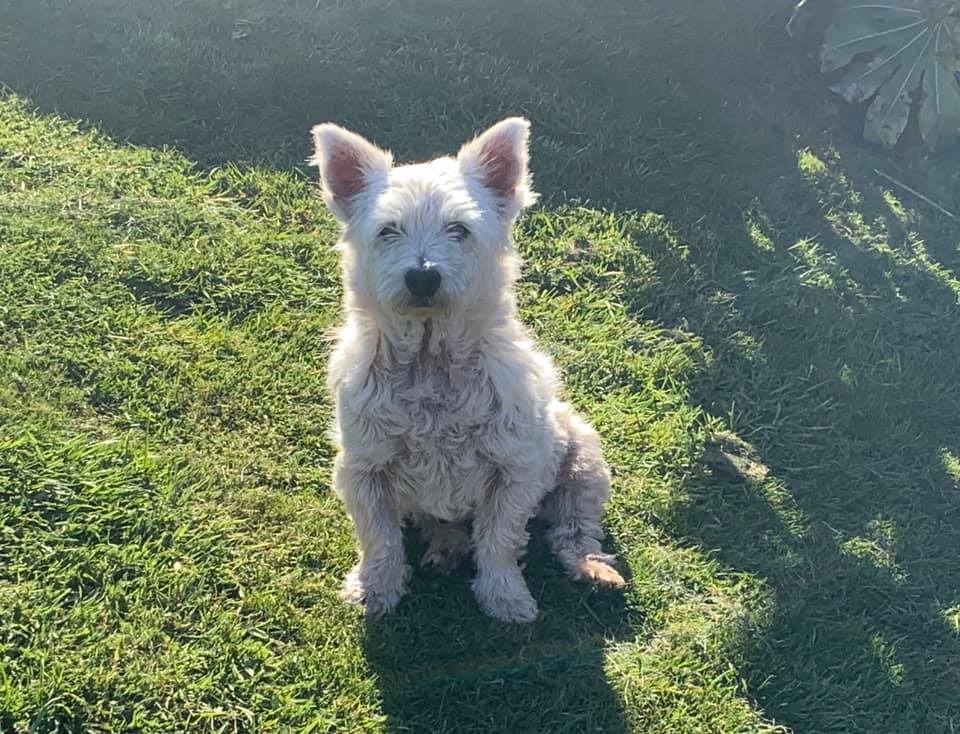 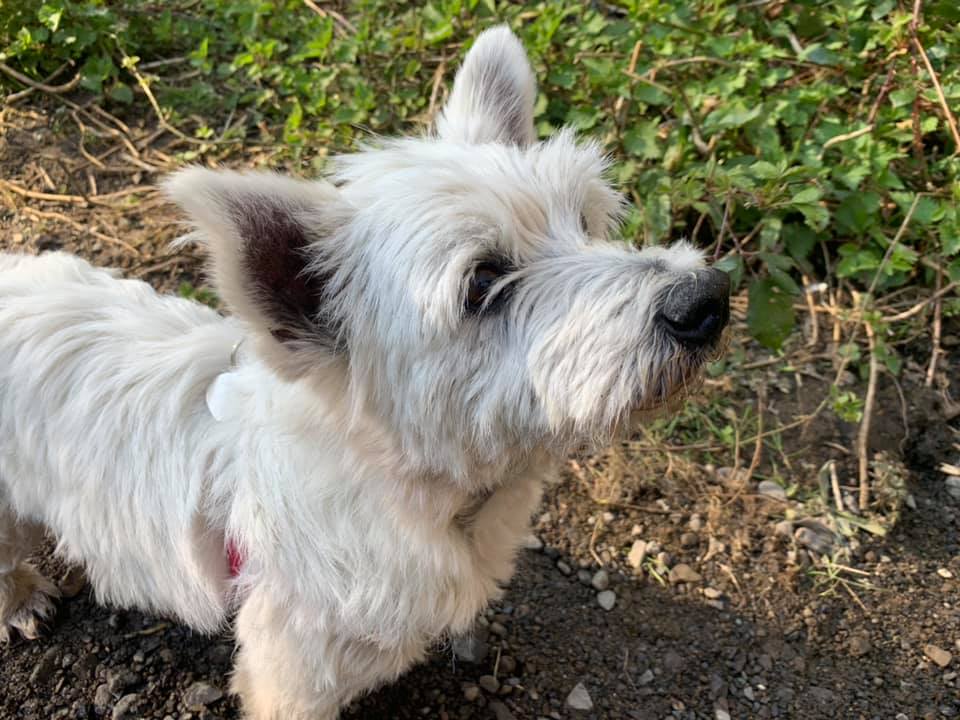 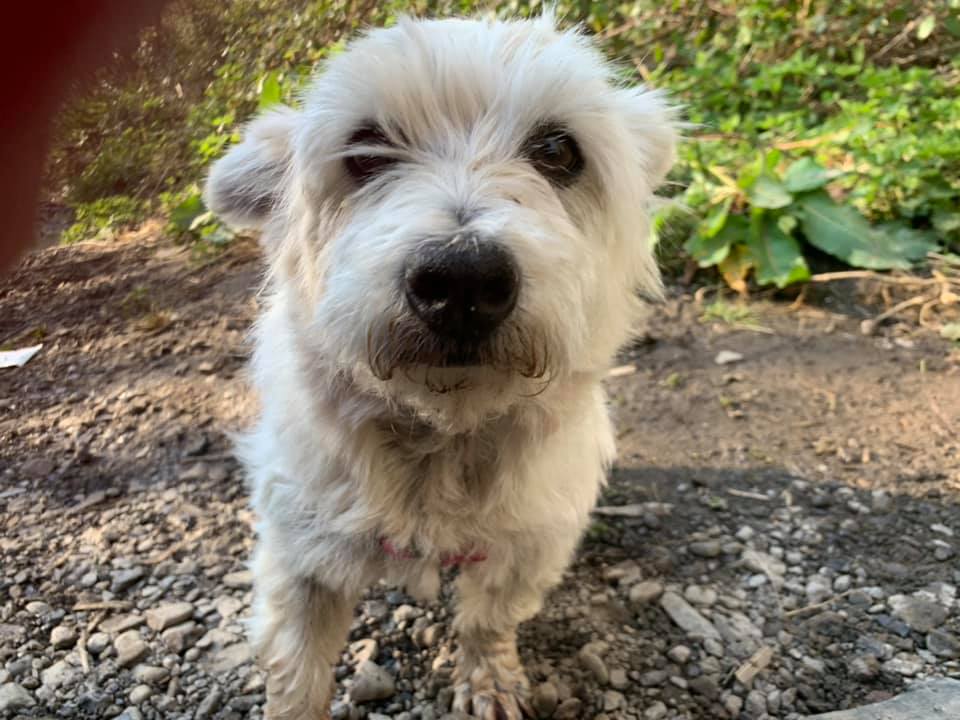 Health Issues: Morag had skin issues when she first came into rescue. It is now a lot better and being managed with special shampoo and cream which will probably be ongoing.

Morag is a gorgeous quiet girl who has a wonderful nature and just loves to have human company. She follows her foster mum around the house and garden and is never more than a few feet away. She is still quite nervous of sudden noises and movements and even though she wags her tail to greet you it stops as soon as you touch her. She likes nothing better than sleeping beside her favourite human on the sofa or in bed as long as she can see you.

Can live with children: She is happy around older children who are dog savvy.

Can live with cats: She hasn’t met cats or other small animals.

Can live with other dogs: She always wants to greet other dogs out on walks. She is not aggressive at all with any dog big or small. She will run with the other two dogs in her foster home but other than that’s she isn’t interested in them. When out walking she would rather be with her foster mum than with the other dogs. Morag will need to be rehomed with at least one resident dog.

In the home: Morag is very good in the home and she is house trained. She sometimes barks at the TV especially if there is a dog on there or a siren. She has good recall from the garden. She sleeps in the bedroom in a dog bed. She sadly doesn’t play with any toys. She eats her food straightaway but is not at all aggressive with it. She is fine being left in the kitchen for a few hours and just sleeps in her bed.

Out and about: Morag likes to go for short walks and is good on the lead. She is getting used to the car by going on short journeys. She is not keen to go in the car and doesn’t relax very well but I think she will get used to this the more she does this. Morag is good at the vets.

Type of home: Morag needs a home where she can have the attention she so deserves. She just wants to be loved and taken for a little walk daily. We would like her to go to a home where there is someone around most of the day as Morag loves people.

Morag is neutered, fully vaccinated and up to date with flea and worming treatment.

I come with five weeks insurance from Agria Pet Insurance.

Molly Molly is a 2 year old westie cross who is a happy excitable little girl that loves attention. She loves to […]