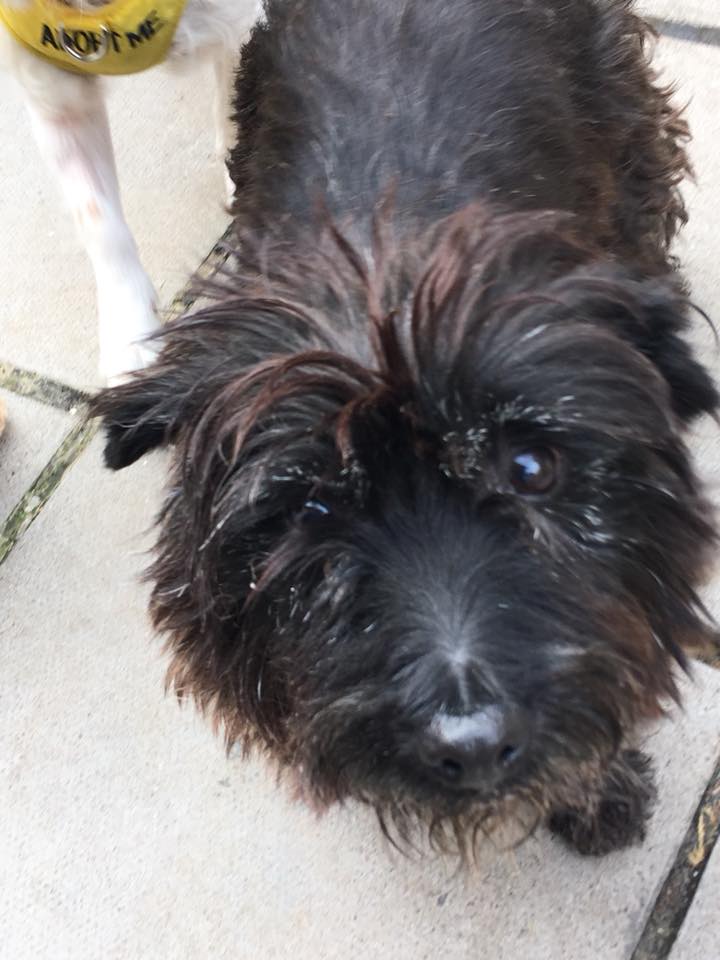 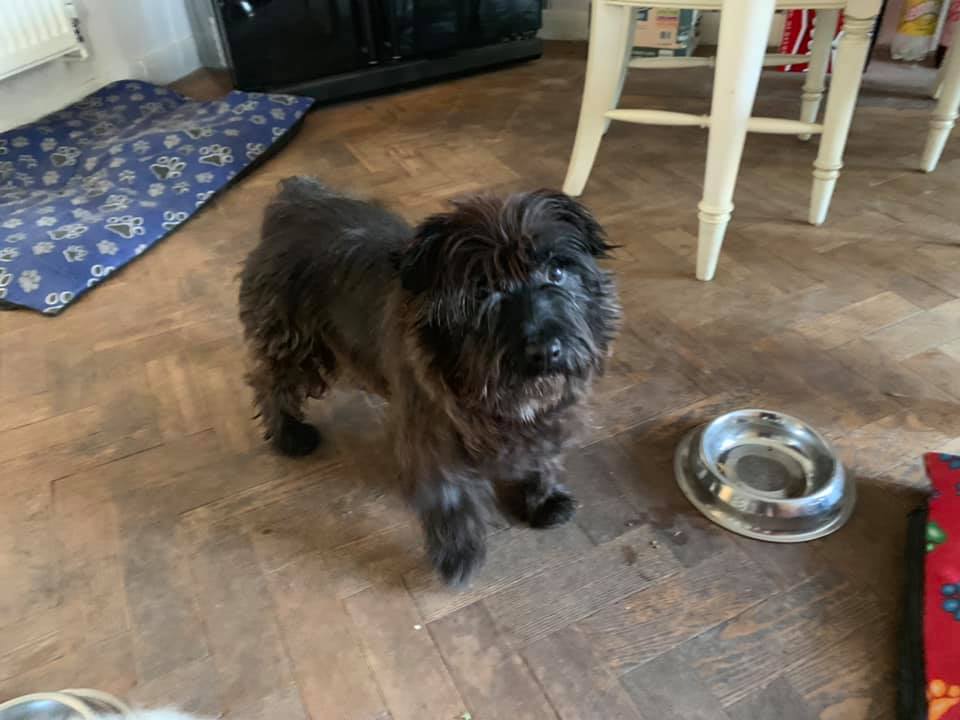 Can I live with Children: Over 10s

Can I live with cats: Not tested

Can I live with other dogs: Yes, a must

Four-year old Morag is an ex-breeding Cairn Terrier who is being fostered in Cardiff. It is early days for her and she is just getting used to being in a home and going out for walks but her confidence is improving daily and her waggy tail tells us she’s quite pleased with her new life so far!

People – Morag is a very loving girl who loves people. She interacts well once she knows you but does take a bit of time to get used to strangers. As she is quite skittish we recommend that any children in the home are over 10 years old.

Dogs –   Morag will only be rehomed with another dog and gets on very well with the dogs in her foster home. She enjoys curling up with them for a snooze. She is still getting used to walks so hasn’t met any dogs outside of her foster home yet.

In the home – Morag has been a little star with housetraining and has picked it up very quickly, although her new home will have to be prepared for accidents until she gets into a routine. She has been left with other dogs for a few hours and hasn’t been destructive or noisy so would be suitable for part time workers. She can be startled by sudden loud noises but is fine with the usual appliance noise in the home. Morag needs to gain some confidence before she joins her foster family on the sofa but we are sure it won’t take her long to find out the best place for cuddles.

Out and about – It is still early days and Morag is getting used to the lead. She isn’t a huge fan of it at the moment but with careful introductions she will eventually realise that it only brings good things. She travels well in the car and behaved well at the vets – initially she was on drops for her ears and wasn’t comfortable with having those put in.

Type of home – Morag has to live with another dog in her new home. She is fine to be left for a little while and will probably be suitable to live with part time workers. We ask that any children in her new home are over 10 and sensible as she can be startled easily. Her new owners will have to give her time and patience to gain in confidence and settle into a routine. She will need guidance with her lead walking and will need encouragement out on walks.

Morag is neutered, chipped, vaccinated and up to date with her flea and worming treatment. Potential adopters will be expected to travel to meet her in her foster home in Cardiff.

Shego is approximately three years old. Initially Shego was a little nervous after coming into rescue but she is now settling well […]

My foster parents say I’m full of beans! I think it means I like playing & have LOTS of energy – I […]