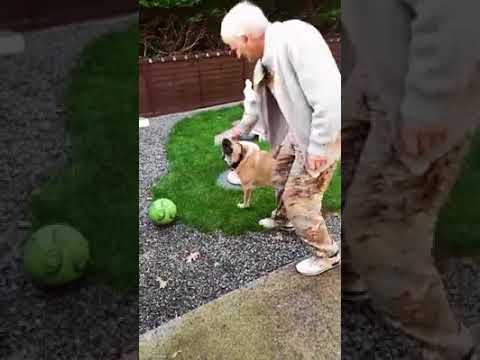 Aslan is a three-year-old, tri-pawed Labrador X who is being fostered in South Wales. He has had a difficult start to life and has learned to survive on his own wits. This means that he has developed some traits that he will need help in leaving behind with his past. So many endearing qualities about Aslan. He loves being out in the garden and will happily spend hours just laying around but the door has to be open so he knows you are about.

People – Aslan loves humans and men in particular. He is fine with children and seems to enjoy the attention of all shapes and sizes. Once he knows you-you will have the waggiest greeting from him. He also likes nothing better than a good groom from his favourite human, although did nip the dog groomer recently while she was trimming his nails. Aslan will only be rehomed with older children due to his issues around food.

Dogs – Aslan is fostered as an only dog but seems indifferent to other dogs when out for his walks. He does get annoyed by small and although sociable, we feel he would be better as an only dog.

Cats – Aslan will not be rehomed with cats.

In the home –Aslan loves to bark at the ice-cream van. As a former street dog food is an issue with him. He gulps his food, despite having an anti-gulp bowl which he has learned to tip over. At first, hand feeding him was risky but he does take food out of hand a little slower now. Aslan is happy to be left but things must be stored out of reach. Aslan will empty bins looking for food. He will take children’s toys to chew if left lying around and he will reach up onto kitchen units and pull down anything he can reach. He enjoys a game of catch with a ball and loves to tug on a rope toy.

Out and about – Aslan does not like getting in the car but, once in, travels well although he pants a lot. He is good on a lead when he wants to walk but can be really stubborn and refuse to move even though no aggression is shown. Despite only having three legs he is incredibly strong and runs like the wind. Because Aslan only has three legs it is very important that he gets regular exercise and is not allowed to become overweight. Given the choice, he would prefer to laze around!!

Type of home – Aslan deserves company and would be perfect for someone that is home a lot. He will need a large garden where he can play ball as he loves being outdoors. As he only has three legs he does like to rest a lot. His new home doesn’t need to be overly active but short, regular walks and games in the garden would be perfect for him.

Aslan is neutered, chipped, vaccinated and up to date with his flea and worming treatment. Potential adopters will be expected to travel to meet him in his foster home in Rhondda, South Wales.